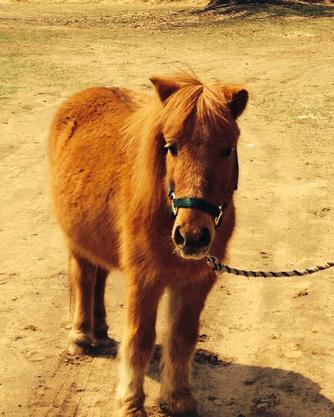 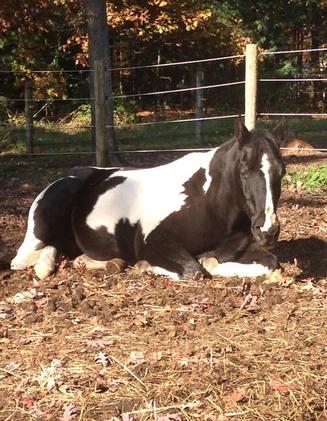 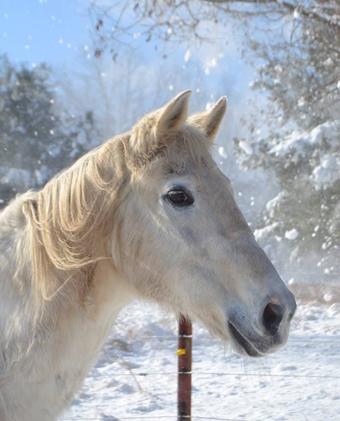 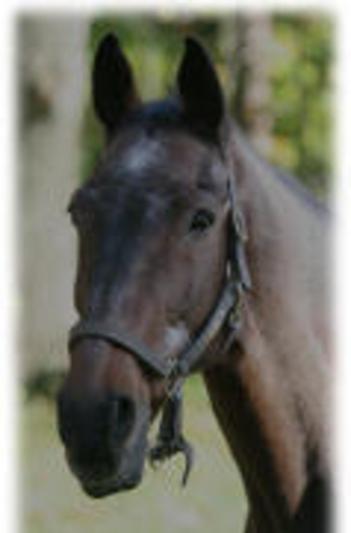 Arie, a Dutch Warmblood gelding, was the first horse surrendered to our care. He was born on October 3, 1982, to the sire Gurioso, and the dam, Odiena. He was given the name Dutch Promise, but he has adopted the name Arie for those who are close to him. Often times, we also call him Arie Canary-probably because it rhymes.

He seems to find that amusing. For many years of his life, Arie was a show horse, highly skilled in the art of Dressage. We are told that his show career was not only national, but international. Upon retiring from the show circuit, he worked as a schoolmaster, teaching many riders the finer points of Dressage.

Although Arie’s former owner loved him very much, she simply could not afford to keep him. She also did not have the time needed to spend with him and provide him with all the love and attention that he deserves. In October of 2007, she made the difficult decision to surrender Arie to The Joy of Jasper.

Arie has a fascinating personality. He will give “kisses” when asked, but only if he thinks he will be rewarded with a treat. He loves carrots and sugar cubes. He will also pick up a bucket off the ground and hand it to you – again, hoping for treats. Arie can be very high maintenance. He’s been known to whinny when attention is paid to other horses in the barn. He knows he was a star, and he demands to be treated like one to this day.

​OUR HORSES AND PONIES